Wedding Planning- The Wedding of a Queen! 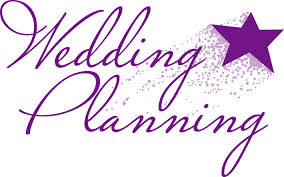 Fatimah (Radiyallahu Anha) is the youngest daughter of our beloved Prophet (Sallallahu Alayhi Wasallam). Out of all the children, she was the most beloved to him. He said, 'The Queen of the ladies in Jannat is Fatimah.' He also said, 'Fatimah is part of my body. Whoever grieves her, grieves me.'


Fatimah (Radiyallahu Anha) is the youngest daughter of our beloved Prophet (Sallallahu Alayhi Wasallam). Out of all the children, she was the most beloved to him. He said, 'The Queen of the ladies in Jannat is Fatimah.' He also said, 'Fatimah is part of my body. Whoever grieves her, grieves me.'

When Fatimah (Radiyallahu Anha) reached the age of fifteen, proposals for her marriage began to come from noble families. But the Prophet (Sallallahu Alayhi Wasallam) remained irresponsive.


Ali (Radiyallahu Anha) who was 21 at the time, says: It occurred to me that I should make a formal proposal, but then I thought, 'How could this be accomplished, for I possess nothing.' At last, encouraged by the Prophet's kindness, I went to him and expressed my intention to marry Fatima (Radiyallahu Anha). The Prophet (Sallallahu Alayhi Wasallam) was extremely pleased and asked, 'Ali! Do you possess anything to give her in Mahr?' I replied, 'Apart from a horse and armour I possess nothing.'


The Prophet (Sallallahu Alayhi Wasallam) said, 'A soldier must, of course, have his horse. Go and sell away your armour.'

When these men arrived and had taken their seats, the Prophet (Sallallahu Alayhi Wasallam) recited the Khutbah (sermon) of Nikah and gave Fatimah (Radiyallahu Anha) in marriage to Ali (Radhiallaahu Anhu). He announced, 'Bear you all witness that I have given my daughter Fatimah in marriage to Ali for 400 Mithqal of silver and Ali has accepted.' He then raised his head and made Dua saying, 'O Allah, create love and harmony between these two. Bless them and bestow upon them good children.' after the Nikah, dates were distributed.

The sovereign of both worlds gave his beloved daughter a silver bracelet, two Yemeni sheets, four mattresses, one blanket, one pillow, one cup, one hand-grinding mill, one bedstead, a small water skin and a leather pitcher.

Hence, with much simplicity the wedding of the daughter of the leader of the worlds was solemnised. In following this Sunnah method, a wedding becomes easy to fulfill.


This blessed event teaches us important lessons pertaining to Nikah:

1. The many customs that accompany engagement ceremonies are contrary to the Sunnah. In fact, many are against the Shariah and are regarded unlawful. A verbal proposal and answer is sufficient.
2. To perform Nikah at an early age is wise and beneficial.
3. It is advisable to invite close associates for the occasion of Nikah. However, extravagance should be avoided.
4. It is appropriate that the bridegroom be a few years older than the bride.
5. If the father of the girl is an Aalim or pious and capable of performing Nikah, then he should himself solemnise the marriage.
6. It is good to give the Mahr Fatimi as dower.There is no harm in giving less.
7. It is un-Islamic for those, who do not possess the means, to incur debts in order to have grandiose weddings.
8. The present day practice of the intermingling of sexes at weddings is prohibited and contrary to the Shariah.
9. Great care must be taken as regards to Salat on occasions of marriage by all – including the bride and bridegroom.
10. The unnecessary expense incurred by the bride's family in holding a lavish feast has no basis in Shariah.
11. It is un-Islamic for the engaged couple to meet each other and also go out together.
12. Three things should be borne in mind when giving one's daughter gifts and presents at the time of Nikah:
- Gifts should be given within one's means (it is not permissible to take loans, on interest for such presents);
- To give necessary items;
- A show should not be made of whatever is given.
13. It is Sunnat for the bridegroom's family to make Walimah.
(Note: In Walimah, whatever is easily available should be fed to the people and care should be taken that there is no extravagance, show and that debt is not incurred in the process.)
14. To unduly delay Nikah after the engagement is un-Islamic.
Posted by MD.UMAIR SALAFI at Thursday, May 02, 2013

Email ThisBlogThis!Share to TwitterShare to FacebookShare to Pinterest
Labels: NIKAH 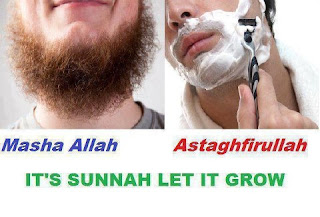 Email ThisBlogThis!Share to TwitterShare to FacebookShare to Pinterest
Labels: MESSAGE