I Like German Muslim scholar's answer in a live TV show seen by millions of people.


I Like German Muslim scholar's answer in a live TV show seen by millions of people.

He was asked about terrorism, and Islam.
He said: Who started the
first world war?
Muslims?


Who started the second world war?


Who killed about 20 million of


Who sent the nuclear bombs to


Who killed more than 100 million


Who killed more than 50 million


Who took about 180 millions of

African people as slaves, of whom 88% died and were thrown in

weren't Muslims! First, You have to define

If a non-Muslim does something bad, it is a crime. But if a Muslim commits the same act, he is a terrorist.

First remove this double standard, then come to the

Email ThisBlogThis!Share to TwitterShare to FacebookShare to Pinterest
Labels: HAYAAT-E-SAHABA

The Sling That brought down Goliath! How Japan Conquered the US after the Hiroshima-Nagasaki..


The Sling That brought down Goliath! How Japan Conquered the US after the Hiroshima-Nagasaki..

After the world war II, while the US celebrated its emergence as a superpower in world politics and the American youth got busy in their Hollywood fantasies, Pizza huts, Mac Donalds, Adidas, the Japanese youth went back quietly into their redevelopment. Canon, Casio, Citizen, Fujifilm, Fujitsu, Hitachi, JVC Kenwood, Mitsubishi Electric, NEC, Nikon, Nintendo, Olympus, Panasonic, Pioneer, Ricoh, Seiko Group, Sharp, Sony, TDK and Toshiba... These are the names of  the giants in  the industry world and most of them came up in past 60 years. After Hiroshima- Nagasaki were atom bombed. And mind well, Hiroshima- Nagasaki's destruction was worse than Kabul and Baghdad's devastation.

Japan is a small nation like Prophet  David, peace be upon him,  of Bani Israel. US is the giant like Goliath. Japan did not give up after Hiroshima Nagasaki. In a span of twenty years Japan conquered the US. The entire American roads were run over by Suzuki, Toyota , Mitsubishi, Honda... The ears and the attention of millions of young  Americans  were puffed by Sony, Panasonic giving them Jazz, Pop ...American saw their own country through the eyes of  Nikon and other cameras made in Japan.. Every shop, every Mall, every technology read " Made In Japan". Except that you were born American, the rest of your life was structured and governed  by Japan.From washing machine to cars and  mobiles, the Americans got addicted and obsessed by " Made in Japan"

This is making an entire Nation submit to your "Technological Culture". This is called an Economical Victory, a Cultural Victory, without any weapons. Like David throwing his sling and bringing down the Giant Goliath, Japan hurled many slings in the form of Industries and technology. The most wonderful part of this war is that Japan won America without defeating it.

Something similar also had happened to the ancient Baghdad after it was invaded and devastated by the Mongols. Ibn Kathir says, in one day 60 thousands Muslims were butchered at the hands of Mongols. But in 1295 a Buddhist named Maḥmūd Ghāzān became khan and declared himself Muslim, compelling other Mongol notables to follow suit. His patronage of Islamic  learning fostered such brilliant writers as Rashīd al-Dīn, the physician and scholar who authored one of the most famous Persian universal histories of all time. Even Genghis Khan's grandson Berke converted to Islam. Don't forget that  Genghis Khan was the one who destroyed Baghdad.

In the history of mankind this is a unique landmark. An entire army including its  Kings, princes, nobles and warriors, after defeating, destroying and looting a nation, themselves adopted the faith, culture, festivals and the life style of the defeated army.

Baghdad and Kabul are once again invaded and devastated.  But the sling that the Muslims posses is of better quality and promised to give better results during crises.It is more guaranteed than all the ' Made in Japan" products put together. That sling is ISLAM. If the Baghdadis of 1220s can do it why can't the Baghdadi's of 2012?  If the entire Mongols can convert to Islam why not entire American army? The Americans need Islam more than they need the Japanese cars and mobiles. Look at their lives. See their crime chart, study their divorces, broken families, violence in streets and campus. Jimmy Swaggert, the noted evangelist says that America has 25 Millions of drunkards and 25 millions of heavy drinkers and for me both are same. Drugs is on high time use. Americans need Islam. This sling is more effective then the protest processions. The Qur'an itself suggest.. Repel evil with that which is better and you will see the the person with whom you had enmity will be your fast friend....(Surah Fussilat). Are we going to use it? Then hurry up.. Time is running short...

Author: Nisaar Nadiadwala can be responded at nisaar_yusuf@yahoo.com
Posted by MD.UMAIR SALAFI at Friday, September 21, 2012 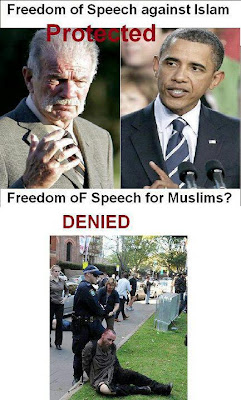 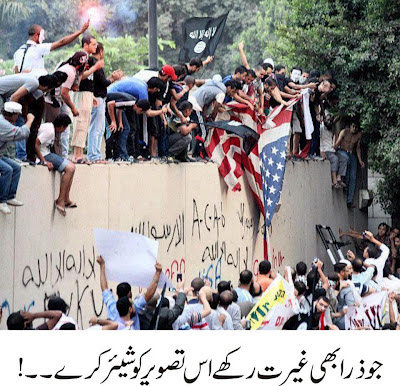 In search of Real Islaam...my path to Salafiyyah.....

In search of Real Islaam...my path to Salafiyyah..... 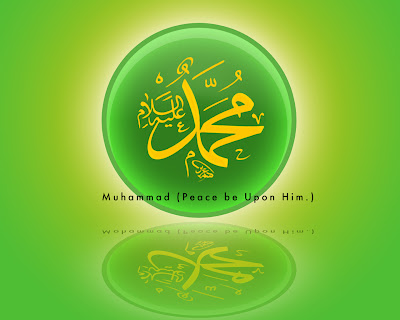