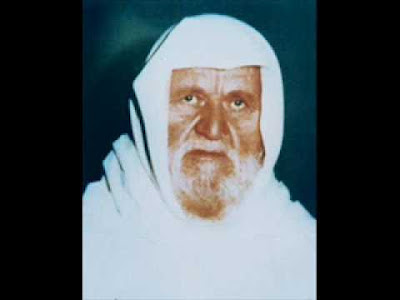 
I am a Salafee

I am a Salafee - Why use the word 'Salafee'

Allaah Has Named us Muslims, So Why Ascribe Ourselves to the Salaf ?

This questions was very beatifully answered by Imaam al-Albaani in his discussion with someone on this subject, recorded on the cassette entitled, "I am Salafi"

Allaah Has Named us Muslims, So Why Ascribe Ourselves to the Salaf ?

This questions was very beatifully answered by Imaam al-Albaani in his discussion with someone on this subject, recorded on the cassette entitled, "I am Salafi", and here is a presentation of the vital parts of it:

Shaykh al-Albaani: "When it is said to you, ‘What is your madhhab’, what is your reply?"

Shaykh al-Albaani: "This is not sufficient!".

Questioner: "Allaah has named us Muslims" and he recited the saying of Allaah Most High, "He is the one who has called you Muslims beforehand." (al-Hajj 22:78)

Shaykh al-Albaani: "This would be a correct answer if we were in the very first times (of Islaam) before the sects had appeared and spread. But if we were to ask, now, any Muslim from any of these sects with which we differ on account of Aqeedah, his answer would not be any different to this word. All of them – the Shi’ite Rafidi, the Khaariji, the Nusayri Alawi – would say, "I am a Muslim". Hence, this is not sufficient in these days."

Questioner: "In that case I say, I am a Muslim upon the Book and the Sunnah."

Shaykh al-Albaani: "This is not sufficient either".

Questioner: "In that case I am a Muslim upon the Book and the Sunnah with the understanding of the Salaf us-Saalih".

Shaykh al-Albaani: "When a person asks you about your madhhab, is this what you will say to him?"

Shaykh al-Albaani: "What is your view that we shorten this phrase in the language, since the best words are those that are few but indicated the desired intent, so we say, ‘Salafee’?"

Questioner: "Alright, I will submit to you and I say to you: Yes (I agree about summarising with saying ‘I am Salafee’), yet my belief is what has preceded, since the first thing that a person thinks of when he hears that you are a Salafee is that he recalls much of the experience he has had and which has involved severity which leads to harshness, all of which sometimes occurs from the Salafiee’s."

Shaykh al-Albaani: "Lets accept that your words are correct. If you said ‘I am a Muslim’, will not a person’s think of a Shi’ite Rafidee, or a Druze or an Ismaa’eeli (and incline to him)."

Questioner: "It is possible, however, I will have followed the noble verse, "He has named you Muslims".

Shaykh al-Albaani: "No my brother! You have not followed the verse, since the verse means the correct form of Islaam. It is necessary that you address the people according to their level of understanding… so will anyone understand from you (when you say ‘I am a Muslim’) that you are indeed a Muslim with the desired meaning in the verse (of correct Islaam)? As for the various cautionary matters you have mentioned, then these are sometimes correct and sometimes they are not correct.

Since your saying about harshness, then this can sometimes occur from individuals, yet this is not representative of a methodology that is tied to knowledge and belief.

Leave aside individuals for now, we are actually talking about Manhaj (methodology). This is because when we say Shi’ite, or a Druze, or a Khaarijee, or a Soofee, or a Mutazilee, the various cautionary matters you raised come into play (and can apply to them aswell).

Hence, this is not the subject of our discussion. We are investigating a name which gives evidence to the madhhab of an individual and by which he worships Allaah… Are not all the Companions Muslims?"

Shaykh al-Albaani: "However, there was amongst them, one who stole, or fornicated, but this does not allow any of them to say, ‘I am not a Muslim’, rather he is a Muslim and a Believer in Allaah, as a chosen way, however he sometimes opposes his chosen way, because he is not infallible. And it is for this reason that we – may Allaah bless you – are speaking about a word which indicates our Aqeedah and our thought and our starting point in our lives and which relates to the affairs of our religion by which we worship Allaah.

As for the issue of so and so who is harsh and so and so who is lax and too soft, then that is an entirely different issue…. I wish that you would reflect upon this concise word (i.e. Salafee) so that you do not persist upon the word ‘Muslim’. And you know that there is no one who will understand what you really intend (by using the word ‘Muslim’ alone) ever…" End Quote (Cassette "I am a Salafee").

Hence, the point is that naming with "Muslim" or "Sunni" is not enough, since everyone will claim that. And Imaam al-Albaani emphasised the importance of the truth being distinguished from the falsehood – from the point of view of the basis of Manhaj and Aqidah, and that is taking from the Salaf us-Saalih, as opposed to the various sects and groups whose understandings are based upon those of their mentors and leaders and not that of the Salaf, fundamentally.

And insha’Allaah, this explains our intent and the important differentiation that we had alluded to earlier in replying to this doubt.

Email ThisBlogThis!Share to TwitterShare to FacebookShare to Pinterest
Labels: MESSAGE